In 1972, John and Anne Daly began making jewellery and commissioned metal work which they sold at the Cliffs of Moher in County Clare. 10 years later they began to create Celtic Impressions Jewellery, a world renowned range inspired by museum artifacts and Irish legends, which sold in shops all around the world. The work of O’Dalaigh Jewellers is heavily influenced by rock carvings on monuments at Newgrange and Knowth in Co Meath, Ireland (some of the oldest known rock carvings) and magnificent silver and gold Celtic artifacts in the National Museum of Ireland on Kildare Street, Dublin. We also draw inspiration from artifacts at Museums throughout Europe, and from the famous Irish Celtic/Christian Book of Kells with its fine scroll and interlace work. 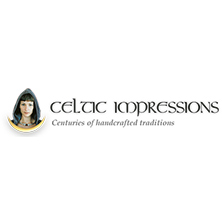 Stores and DiscountsGet/Register Your Card